Are you looking for something new to try when it comes to hair growth? Are you wondering what hair products do men celebrities use? Or how do male celebrities have perfect hair?

We’ve got you covered with tips and tricks from 8 of the hottest celebrities, and two of the stylists who keep them looking great.

After all, who would know more about amazing hair than the people whose livelihood depends on it?

Peter Brant can afford to splurge on any hair solution he wants. After all, he’s not just a successful model and entrepreneur (he launched his own MAC collection in 2015). He’s also the son of Peter M. Brant, heir to a half-billion-dollar fortune.

Despite that, Peter isn’t above DIYing it when it comes to his hair. His tip for keeping men’s hair soft? Mix a pomade with hair oil. The mixture will give you all the hold and control you need, without the crunchiness and hardness that usually comes with cream.

Not every male celebrity finds their hair solutions in the finest salons. Some just head down to the local supermarket. Specifically, the snack aisle.

Musician Bruno Mars has truly great hair, and it’s always perfectly styled in a gravity-defying coif. He’s happy to share the secret of his success, probably because it’s such a bizarre find.

In his own words, “I call my hairstyle the Wamp and Stomp… it’s a lot of margarine, natural fruit juices and berries, and surprisingly, barbecue potato Popchips.”

All we can say to that is, it’s tough to argue with success.

Actor and undeniably handsome man Zac Efron achieves his signature “bed head” look the natural way. In other words, he literally sleeps on it. According to the Neighbors star, all he does is shower at night, towel his hair off a little bit, and go to bed. In the morning, his hair is perfect.

For the rest of us, whose genes aren’t quite so perfect, a good hair growth vitamin regimen should do wonders.

How does he do it? Turns out it’s just good old Tancho brand pomade, available online or from any good salon. Sometimes, the old ways are best.

Speaking of Justin, he doesn’t quite agree with his own hair stylist. Back in 2009, he told Allure magazine that the secret to his fantastic hair was to skip washing it altogether.

“My secret for my hair,” he said. “Is that I don’t wash it. I shampoo it once every ten days or so. It’s more manageable with the natural oil.”

Plenty of hair experts agree that shampooing every day strips out too much of our hair’s natural oil, but not many would go so far as to say to wash it less than once a week.

Of course, Justin’s rocking a buzz cut these days, but he still pulls off the longer style when he needs to.

You can find amazing solid shampoo made by Solidu. It is sulfate and chemical-free, vegan, plant-based, and great for all types of hair.

Male model David Gandy rose to fame when he became the spokesmodel for Dolce & Gabbana’s Light Blue fragrance. Since then, he’s signed with Autograph, cementing his place at the top of male modelling. Gandy’s face, body, and especially his hair have graced hundreds of TV and magazine ads.

He keeps his hair looking great with a simple over-the-counter product, available at any good department store. Aveda Control Paste gives his hair a good hold, helping him create the look that has made countless women swoon.

Aveda is a little pricey, but as he says, “My biggest grooming mistake was using cheap hair products. They make my hair look awful and even affect my scalp and forehead.”

Oscar-winning actor Matthew McConaughey is no stranger to hair growth products. He went through a slew of them in the last several years.

Never a shy one, the Dallas Buyers Club star has been upfront and open about his hair loss journey. After trying everything from vitamins to Rogaine, and even exploring surgical options, he landed on a topical treatment called Regenix. The stuff works for him, and he’s been a passionate advocate ever since.

It’s inspiring to see a Hollywood leading man go through the same struggles as us regular folks. If you found a hair growth solution that worked, and had the opportunity to spread the good news on Live with Kelly, wouldn’t you jump at the chance?

Thom Priano is one of the most successful and well-known stylists for male celebrities. His clients include leading men like Brad Pitt, Keanu Reeves, and the late, great David Bowie.

In a candid interview with Beauty News NYC, he addressed the reality of hair loss, and the tactics he takes to fight it.

The truth is, every man faces thinning or balding hair at some point in their life. It doesn’t matter if you’re a movie star or a platinum musician.

His answer? The classic Rogaine.

Today, he’s a spokesperson for the men’s hair growth solution, using it himself and recommending it to his celebrity clients.

Although Rogaine doesn’t work for everyone, and Thom is clear about that, he believes that it’s still the best option for most people.

What About Hair Transplants?

Surgery is a last resort for some. Hair transplants are safe, but not always effective. Most doctors agree that the procedure’s benefits top out at about 35%. In other words, it’s enough to stave off baldness if you catch it early. Not enough to put a full head of hair back on a bald scalp.

For some male celebrities, though, it’s magical. Former Backstreet Boy AJ McLean proudly showed off the results of his hair transplant on Instagram. And who wouldn’t be proud of this? After the hair transplant, he’s straight back to Heartthrob City.

As he says, “This was the one thing I did and I couldn’t be happier!”.

The lesson here is that every man, celebrity or not, needs to find their own answers for hair growth and styling. What works for some might not work for others. We hope that by looking at these ten people who have found success through a variety of means, you might find a way to keep your own hair looking great for years to come.

Maybe even with barbecue Popchips.

Previous Story:
How CDB Oil Helped Me With Alcohol Withdrawal 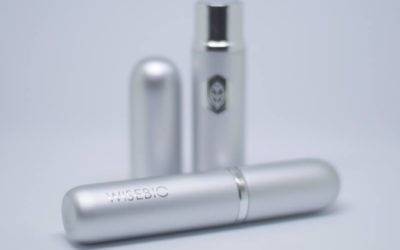 Next Story:
Herbs That Boost HGH – Discovery of Phytoghrelins