How to Prevent Wedgies When Working Out? (Most Useful Tips for Men and Women) 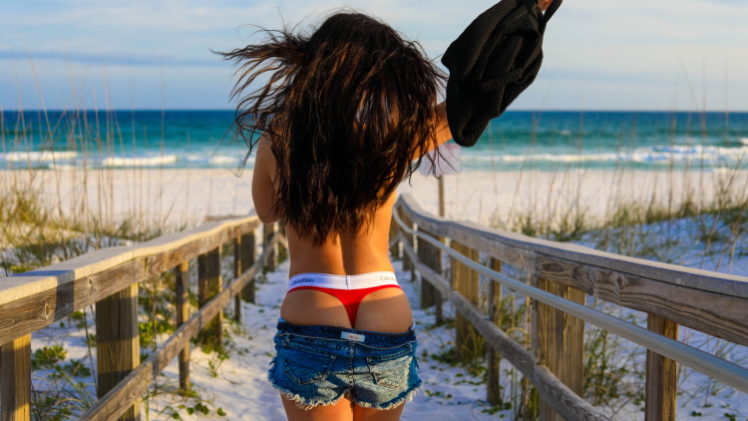 The wedgie problem is a very common one among both men and women. And it is a problem that, more often than not, arises and bothers during exercising.

So how to prevent wedgies when working out? Well, the solution is not that hard to find and even implement.

There’s just no denying that wedgies are very annoying and uncomfortable to deal with.

Your gym, running, cycling, or even at-home workout sessions get ruined when you have to constantly adjust your pants for avoiding wedgies. And let’s not even talk about how embarrassing that is to do in public.

So here are some very useful tips for preventing wedgies by choosing the right kind of workout underwear. For both men and women!

Forget about why wedgies happen, rather focus your attention on how you can prevent them in the first place!

How to Prevent Wedgies When Working Out for Women?

What Type of Underwear Works Best for Women?

Many women simply ditch wearing underwear completely. Those new to it might find the whole idea very uncomfortable, but, trust me – it isn’t.

However, I won’t deny that going commando is not for everyone. Nevertheless, being underwear-free during your workout sessions means no panty lines or wedgies to deal with at all.

But, like I already told you, not all women might like the idea of not covering up their camel toe. However, there’s no harm in trying. You’re highly likely to feel less suffocated down there.

The actual downside to this is visible crotch and butt sweat. But we all sweat when we workout. So there’s nothing to be embarrassed about there!

This type of underwear is the go-to option for many women for lounging at home. So do they also work well to prevent wedgies at the gym or when running? Fortunately enough, the answer is YES.

Boyshorts for women feel very comfortable to wear. And they offer maximum coverage. You might have to deal with visible panty lines here, but since they look like regular shorts, it’s not such a big deal.

There’s no need for me to lie to you about anything here, so my honest opinion about thongs is this:

Some women swear by the performance of thongs during workouts. And some women express just the opposite point of view. Meaning some love thongs while some hate them.

After you have had to deal with uncomfortable bunching and bad wedgies, the experience of wearing a thong for your exercise routine is nothing but satisfactory.

On top of that, thongs are invisible under athletic wear, meaning no panty lines. So that’s the answer to what to wear under workout leggings?

The most common type of women’s underwear is the bikini style. But is it the best underwear to prevent wedgies? The classic and comfortable cut of bikini underwear is incredibly versatile, no doubt. So you can wear the pair for jumping jacks, running on the treadmill, doing crunches, etc.

In comparison to boyshorts, the bikini design feels a lot less suffocating. Panty lines are a problem in this case too. But not if you choose a pair of seamless bikini underwear.

Moreover, the bikini style fits most sizes and shapes. And generally speaking, it works the best as far as providing full coverage and ultimate comfort are concerned.

How to Prevent Wedgies When Working Out for Men?

What Type of Underwear Works Best for Men?

It’s time to settle the most popular debate of boxers or briefs for working out.

When it comes to men, the underwear category is mainly divided into 3 parts:

To prevent wedgies, what works flawlessly is a pair of boxer briefs. They have a tight yet spacious construction. A structure like this keeps the underwear from riding up, bunching, chafing, and causing wedgies.

Boxers, on the other hand, are the worst choice. They constantly ride up and also crumple at the top. Never has the answer to “how to prevent wedgies when running?” been boxers.

What about briefs? Well, they may not be such a bad choice as boxers. But you should know that briefs chafe. In fact, they also feel a little restricted down there during workout sessions. Briefs may be a very suitable choice for casual, daily wear. But not so much for the gym!

Truth be told, wedgies are a serious problem if you’re a fitness enthusiast.

Another truth is that the wedgie concern is not gender-biased. Meaning both men and women have to deal with it.

So you should know that wedgies are not a problem caused by your athletic wear. Instead, it’s an underwear-induced worry.

Therefore, the only way to fix it is by wearing the right kind of underwear. For women, it may be boyshorts, bikini briefs, thongs, or going commando.

As for men, there is only one best choice – boxer briefs.

Kathy Harvey is a very enthusiastic blogger who unabashedly talks about underwear. And why shouldn’t that be when both men and women put on underwear on a daily basis. The top product recommendations and expert tips and tricks Kathy Harvey has to offer are evaluated based on important criteria. The blog, Undywears, is all about making the right underwear choices for the sake of your genitals. 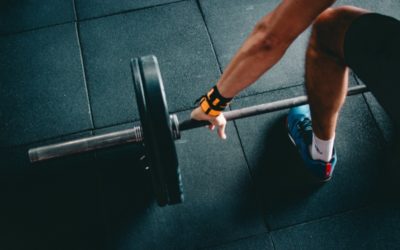