Top Tips for Visiting the Beautiful City of Lyon in France

Sandwiched by the powerhouses of Marseille and Paris, the city of Lyon in the Rhone-Alpes region has always been on top of France’s progress. Lyonnais have enjoyed the banking, industrial, and commercial powerhouse for the past five centuries.

Lyon’s old town alone has been listed among UNESCO’s World Heritage List. The center of the city ensures a bounty of discoveries, starting with riverside paths, green parks, and historic old towns.

Whether on foot or a rented bike, first-time travelers will find it easy to embark on gourmet and shopping adventures. The Croix-Rousse and Saint-Jean areas are filled with renaissance architecture.

The city is served by the Saint-Exupery Airport, which hosts several intercontinental flights. Guests can explore the city through the Rhonexpress, a tram-train line which is more reliable than most buses.

Every evening makes Lyon a worthy place to visit. The historic town is also known as the City of Lights because of the 100 sites across the city that light up each night to showcase Lyon’s splendid architecture.

Such a sight is magnified at least a thousand times in the Fete des Lumiere, or the Festival of Lights. The festivity lasts for four days each December. Light shows rendered by the world’s professional artists feature massive sound-and-light combinations.

From June to August, the city celebrates the Nuits de Fourviere Festival, which features classical, jazz, and popular music concerts.

Each May, the city celebrates the electronic music fest of Nuits Sonores, while dancing and contemporary art are showcased in the Biennales from September to January.

Just avoid coming in August, as it would be challenging to look for restaurants and lodging places during this time. Book your Lyon Hotels with Reservations.com.

Most of Lyon’s attractions would not cost guests a cent. Parks, traboules, and churches can be visited for free. The Lyon City Card can cover the costs of visiting plenty of museums and other attractions.

Head to the largest Renaissance area in Europe, known as the Old Lyon. The pieces of architecture date back to the medieval period.

Lyon is known as France’s gastronomical capital. Like neighboring Paris, the city boasts of a slew of Michelin-star restaurants. Paul Bocuse has a restaurant within the city’s limits.

Tourists can try these delectable dishes without shelling a fortune by opting for the restaurants Chez Mounier, El Loco Latino, and Wallace Bar. La Vieille Canaille offers a large wine range and delicious full courses. Most of the menu items are translated in English.

Previous Story:
6 Things You Should Know Before Visiting Brazil 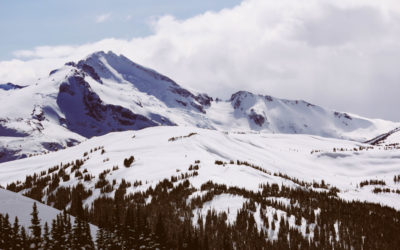 Next Story:
Visiting Whistler the Best Ski Resort in Canada